Gotta love the mid '80s fashions the guys are sporting.

Zoot Allures should be familiar to everybody, but I hadn't heard this recording. I like its (relatively) mellow instrumental deliciousness. Legend has it that the original Zoot Allures that appeared on the album of the same name was this same (or very similar) recording, but edited for length to fit on the record. Who knows.

Getting Into The Holiday Spirit 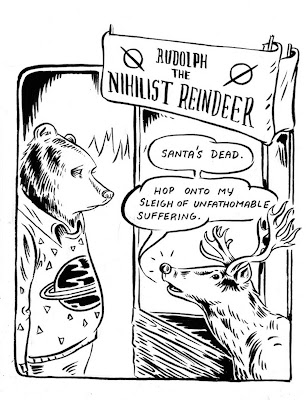 (from Hungover Bear and Friends at McSweeney's.)

Zappadan: Another catch up

I was away so missed a few days, here's something I listened to on the plane, Kill Ugly Radio Collection -- three CD promo set, (3 hours worth! Hopefully that makes up for my absence):

Most of stuff in this collection will be very familiar to most/all fans, but there are some snippets of interviews and a couple of somewhat rarer items. One of them I share here, because it's just somehow so... relevant right now:

Now, this being nearly 30 years old, the attentive listener might note that, while close, the lyrics aren't a perfect fit for today, so I offer a slightly tweaked version below. Feel free to cue this one up with my adjusted lyrics for your next karaoke session:

Bonus points if you can figure out what (few) words I changed without resorting to the original's lyrics sheet (hint: it's not hard). 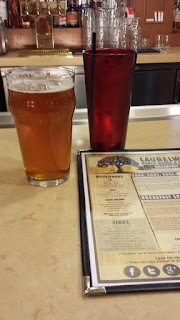 Gotta get a civilized beer in before I head to parts unknown. I hope I'll find something good at my destination, but its better to be safe than sorry.

Zappadan: Florentine Pogen, and then some

I'm gonna be traveling a bit, so I'll have to catch up again once I get back. Hopefully these will tide you over.

I originally heard this on the One Size Fits All album (one of my all time faves). Love how weird and random the lyrics are, yet the song is still catchy/tuneful enough to get thoroughly stuck in my head.

First version is live from Harrisburg, PA, in '74.

This second version is "the fast version" -- recorded in Kansas City, earlier in '74:

And you know you just want to hear a recording of that entire KC concert, dontcha? Of course you do (Warning: the recording quality on this is a bit suspect -- lots of crowd noise, the band sounds OK but the vocals are a bit soft. Oh well.):

I'm gonna be traveling a bit, so I'll probably be absent for a while here and have to catch up again once I get back. Hopefully these will tide you over if I can't get.

Zappadan: The Alternate Freak Out

A bootleg vinyl released a few years back. Supposedly sourced from different masters of the original recordings of the '66 version. Also different (better?) track order:

See also, M. Bouffant with a similar, yet different Zappadan post, as is becoming usual.

Zappadan: The story behind "the John and Yoko incident"

I found this interesting. Stumbled on it after seeing M. Bouffant's post yesterday:

This is Steve Vai's take on the Sofas, I think the original two were from the One Size Fits All album. Nice cover version/interpretation though. 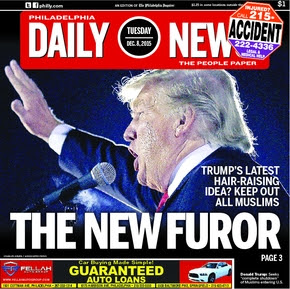 It's really too bad the typo made it to the cover. Maybe they couldn't figure out how to typeset an umlaut?

Missed a couple days, so I'll play catch up with a few longish ones.

First up: Black Napkins. I first heard this song as track 10 of the Make A Jazz Noise Here album. This version was recorded live in Philly in '76, and is quite a bit different (nearly thrice as long, for one thing) from that other one. It also has a brief spoken intro where Frank talks about playing the song on TV the night before. I think this is a far superior version, actually. It's got some amazing solo work, especially violin by Eddie Jobson at ~6:30 or so. If you only listen to one of today's, make it this one.

B: the entire Trance Fusion album. It's mostly all guitar stuff.

III -- the whole The Grand Wazoo album, from '72. In this, track 6 (at ~22:00 in) kinda ties back in with that first one, since the first time I heard this song was as track 9 of the Make A Jazz Noise Here album. This time it's the original studio version.

I just found this bunch of unreleased stuff (via the Zappadan facehell page). Had to share:

Unreleased Zappa by Nigel_Rampant on Mixcloud

For the first official day of Zappadan (I am semi-reliably told this day of Frank's death is "BummerNacht"), I present to you some delightful peaches:

The original, from Hot Rats:

Live from the Fillmore East:

And one of my favorites, the similar-but-different "Peaches III" from Tinseltown Rebellion:

Yes, I am starting early, what of it? It's that or talk yet again about guns, and I just... can't right now.