Jesus & Mo get it right with today's comic, as usual: 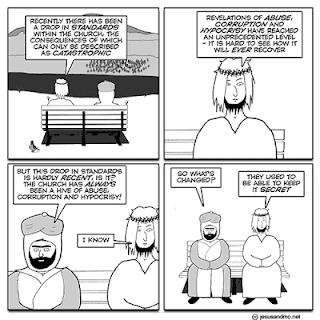 Here, have something random and weird from the guy behind the Pictures For Sad Children webcomic.
at 7:56 AM 2 comments: 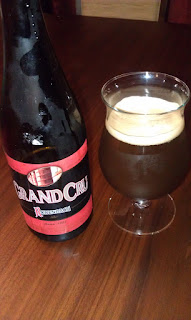 If you haven't had Rodenbach Grand Cru and you like sour things, you simply must go find this beer immediately.  If you can get ahold of the harder-to-find and more expensive "2007 Vintage" version, even better.

Damn this is one amazing brew. Yum! 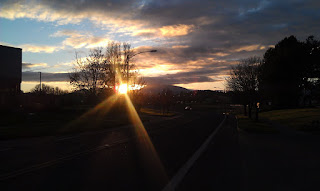 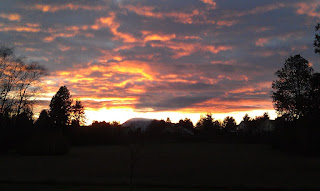 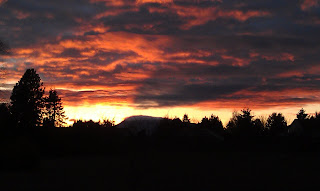 I really like the shadow cast by Mary's Peak (approx 4200' tall) upward onto the clouds.

Here, have an uplifting and delightfully cheerful song for St. Valentine's day:

Oh, wait, did I say "cheerful"? I meant "saddest fucking song ever" -- it's easy to get those mixed up.

I like it, I really need to build something like this. I'd probably use an old Z-car instead though, always liked those.

Email ThisBlogThis!Share to TwitterShare to FacebookShare to Pinterest
Labels: and now for something completely different, small talk, Wednesday, zero fucks

As I'm sure you've already heard, pope Ratz, chief enabler and coverup artist in the child-rapist cult that is the catholic church, is resigning. I'm sure he'll be succeeded by an equally horrible individual, but at least we can always fondly remember Ratz as The Sexy Soup Nazi.

Note also, in that linked LGM post this comment. It doesn't matter how many kids get raped how many indigenous cultures get destroyed, how many women are forced into lives of oppression and poverty -- there will always be a deluded mass to continue to believe in the infallibility of their magic sky cult.

It turns out that covering up child rape isn't enough, when you get caught and have to payoff the victims, the classiest way to do it is to desecrate the dead just for good measure (found via Booman). Stay classy, catholics!

I pointed out over on Sadly, No! recently that we seem to have the state's dumbest glibertarian writing a column for the campus paper. In a state that is home to Lars Larson, taking away the "dumbest glibertarian" crown is no small feat, but this guy is trying his damndest.

(The paper's website is complete and utter crap, so don't be surprised if it barely works most of the time if you click the links.)

Here are some short snippets from a few of his columns, just so you can get a feel for the stupidity without the need for full immersion:

I especially like this one because the lead sentence in the article is: "Today’s America consists of massive government intrusion and a lack of knowledge of history." And then he proceeds to completely fuck up the history of transportation in America. I mean "Ford sold cars to people before roads existed." is just absurd on its face for a variety of reasons, not the least of which is that he must almost think that Henry Ford actually invented the wheel or something. Regardless, a nice quick search for road history in America might have led an actual thinking person to the League of American Bicyclists history page, where we find this:

And it's barely worth getting into the utter absurdity of thinking that private industry could have somehow built the railroads and interstate freeway system without government help. He doesn't even know basic history of the Transcontinental Railroad:

The construction and operation of the line was authorized by the Pacific Railroad Acts of 1862 and 1864 during the American Civil War. Congress supported it with 30-year U.S. government bonds and extensive land grants of government-owned land. Completion of the railroad was the culmination of a decades-long movement to build such a line. It was one of the crowning achievements in the crossing of plains and high mountains westward by the Union Pacific and eastward by the Central Pacific. Opened for through traffic on May 10, 1869, with the driving of the "Last Spike" at Promontory Summit, Utah, the road established a mechanized transcontinental transportation network that revolutionized the population and economy of the American West.

Yep, no government help there. Stupid government, can't do anything right!

Trillion-dollar coin will hyperinflate US currency

Although the U.S. government “averted” the fiscal cliff, a new proposal has risen that could send us maybe not off the fiscal cliff, but into hyperinflation and total destruction of the U.S. dollar. Paul Krugman, and others who have power or influence, but still don’t understand economics, have proposed the minting of a trillion-dollar coin.

Yep, you guessed it, of course the rest of the article is about OMG FIAT CURRENCY! and ending the Federal Reserve and such. The best part of this though is that an earlier article is:

If only people understood economics

If people had a firm understanding of economics and the free market, we could have a much better world. ... Too many people comment on the subject of economics without a firm knowledge and understanding of it. The Austrian School of Economics has been the only school of economic thought that explains real-life behavior.

That really does just not need any further comment, the stupid stands tall and proud, all on it's own.

In the comments ifthethunderdontgetya™³²®© helpfully provided an excellent link to a really good series of articles about the Austrian school. Just in case nobody reads the comments, and so you don't have to dig up the links to the other two parts, here they are:

And here's a podcast the author did covering the series and another article by the same author that is about the Austrian school and the constant libertarian yakking about gold.

All really good stuff, thanks ifthethunderdontgetya™³²®©!

Always wondering, with wandering thoughts, wandering workloads, and wandering around the intertrons.

I wandered shambled by the zombie's place and was introduced to some lovely tunes, which caused me to wander to eMusic to see what else there is by the EELS (warning: music autoplay). After listening and downloading a bit I of course had to wander around to some of my standard faves to see if anything new was out, and lo-and-behold a "new" Tool album is available. "Hmm," says I, "WTF is up with that? They didn't have any Tool here before." Turns out it's mostly a bunch of stuff I already had, but I noticed that "Parabola" was 10 minutes long. "Ten minutes?" I wondered -- "The version I have is half that." Then I wondered further if it was available on the Ute Oobs so I could see what was up with the different version.

Of course it is!

That is wonderful weirdness right there. Watch in HD for best results.

So that's how you get from zombies to EELS to Tool. I knew you were wondering.

Now I need to wander back to work.

These were taken at the same time of day and the same area as this one but are very different. 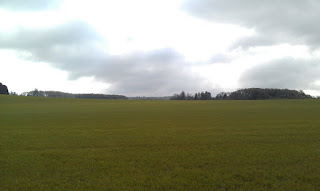 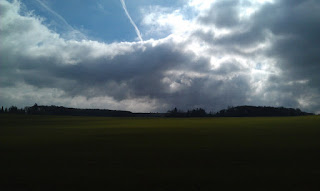 I know these camera-phone-snapshot posts are the blahg equivalents of meaningless small talk -- wait... I guess that's pretty much this entire blahg. Meh, whatevs.

Anyway, it's very nice to see the sun again -- hoping it lasts through the weekend.