I'm gonna check out for a while. I've recently discovered it's way more healthy both mentally and physically for me to wonder around outside and catch imaginary monsters with my phone, instead of obsessing about the real-life monsters involved in this stupid fucking election. I'll be back... oh I'd guess about Wednesday, November 9th. Yeah, that sounds like a good, completely random day.

Ok, this actually is from Tuesday, but I just got around to reading it. From Harper's Weekly Review:

President Barack Obama gave a speech in which he said that he saw “Americans of every party” pledge allegiance “under the same proud flag,” and a protestor outside the convention attempted to stomp on a burning American flag and lit herself on fire. Republican presidential candidate Donald Trump announced that he wouldn’t endorse Republican Speaker of the House Paul Ryan for reelection, kicked a crying baby out of a rally in Virginia, asked Russia to steal U.S. State Department emails, reportedly asked three times during a national-security briefing why the United States shouldn’t use nuclear weapons, and said he wanted to hit a “little guy” so hard “his head would spin.” Researchers in the United Kingdom discovered an orangutan that mimics human conversations.

The emphasis is mine — usually they end with a clever non sequitur. I wonder why they didn't this time...? 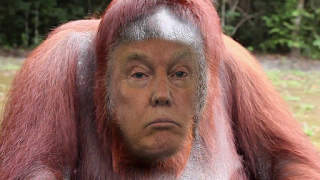 Email ThisBlogThis!Share to TwitterShare to FacebookShare to Pinterest
Labels: Drunken republicans, fuck it Friday, fucking idiots, I am super at photoshop

Used to be able to get this at the local bottle shop any time, then it caught on and became sought after and (more) expensive. Happy to have been able to grab one today when given the chance. 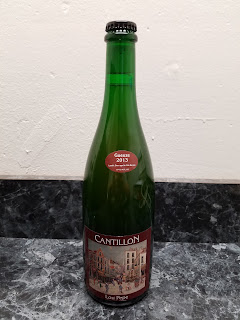 Email ThisBlogThis!Share to TwitterShare to FacebookShare to Pinterest
Labels: beer, my life is better than yours
Newer Posts Older Posts Home
Subscribe to: Posts (Atom)