So it turns out if you try to shrink government small enough to drown in a tub, there are eventually some consequences.

What!? This came as a huge surprise to me too. Nobody could've predicted, etc.

Thankfully, the brilliant "job creators" that are so busy creating jobs in other countries to make cheap crap to sell to rubes here will be able to sail their yachts off to the Cayman Islands and live out their lives in peace while we fight for scraps.

I mean that's obviously what's really important after all.

My musical history, like your mom, is pretty broad.

My dad is a professional musician and was always playing bars/clubs whether he had a day job or not. He encouraged me to listen to mostly whatever I liked, as long as it wasn't "crap." So I once I was able to buy my own records I ended up with mostly stuff from The Stones, Neil Young, Pink Floyd, Jimi Hendrix, Frank Zappa, The Who, etc. As I got older I moved onto a bunch of harder rock and heavy metal -- Blue Öyster Cult, Iron Maiden, etc., and went through a brief punk phase, mostly stuff like Black Flag, Bad Brains and Dead Kennedys. I also started listening to other random stuff and generally expanding my horizons. While I never could stand any sort of contemporary Country music, I liked the old traditional stuff and got into a bunch of the old country clues and bluegrass and stuff. I also started enjoying all different kinds of jazz especially Miles Davis. Anyway, I also went through an early techno/electronica phase. Tangerine Dream...

...made all my '70s childhood "space age" dreams seem possible, and were just the thing for a geeky, computer obsessed, very stoned teenager. Somewhat ironically, I still have that stuff on vinyl, but have never converted it. Haven't listened to them in ages.
So, to the present. While browsing around eMusic last night needing to use up my monthly credit, I ran into the new Daft Punk album. I'd seen it mentioned and the iconic cover art was familiar, so I gave it a try. This song:

Reminded me of all that stuff.

This day should be the day we all fear, not the traditionally scary Friday.

Here, have a scary spider: 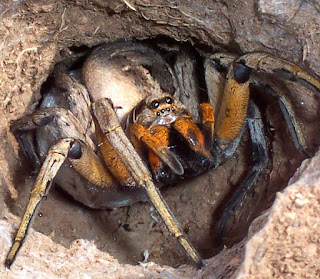 May viewing this blahg be the worst thing that happens to you today.

So evidently this is a thing. 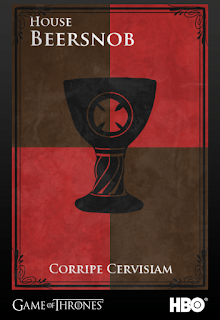 Email ThisBlogThis!Share to TwitterShare to FacebookShare to Pinterest
Labels: and now for something completely different, filler, Morose Monday

It's Always Rainy In Oregon 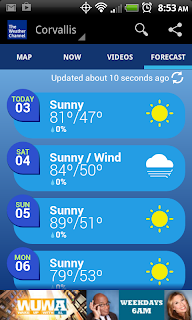 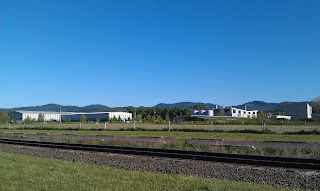 Although we seem to have broken the planet, it looks like Oregon might be a pretty nice place to be, at least until the hordes of ravenous humanity fleeing the desolation of what was once California arrive.

Hopefully they won't show up until after the weekend. I have plans.

Email ThisBlogThis!Share to TwitterShare to FacebookShare to Pinterest
Labels: Corvallis, filler, gawds wrath, my life is better than yours, Oregon

Unfortunate that nobody even notices May Day in the U.S. anymore, even though the change from a traditional spring holiday to a modern worker's rights holiday celebrated in pretty much the whole rest of the world is related to an American incident.

Anyway, cheers! If you don't have a job, may your search be short and your résumé be type-o free. If you have a job, may our glorious international corporate overlords not decide that it's more efficiently done in a deadly Bangladeshi sweatshop.