This "article" from TPM is a classic of anonymously-sourced insidery bullshit. Here, just take the first couple "lede grafs" (as the insidery journamalists like to say):

The unlikeliest of alliances forged between two once-bitter rivals stands to upend the status quo of congressional gridlock and potentially resolve a bitter partisan chasm that has characterized the modern era of crisis governance.

Yes, President Barack Obama and Sen. John McCain (R-AZ) are essentially working together against GOP leadership and the tea party to break the Senate out of its current situation and resolve major budget rifts that have plagued Washington for years.

Of course, if you actually read the rest of the shitty article, it's all just the typical beltway "oh, if only the two sides could just talk to each other and work out a compromise bipartisan agreement that just so happens to be exactly what conservatives want, we'd finally all get our magic tax-free rainbow sparkleponies!" Well that, and it turns out that all McCain actually cares about is the military, as usual.

But hey, it's almost August, just about time for a series of these shitty articles, D.C.'s equivalent of "Shark attacks on the rise!" and "OMG Weiners with wieners!"

Yay. I can hardly wait. 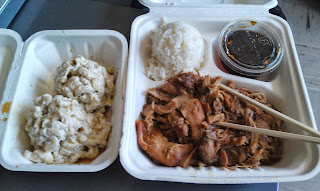 So I shut down my heart, and I turned on my TV

The title is a great lyric from the title track of the new punk/country album Mayberry by one of my all-time favorite local bands I Can Lick Any Sonofabitch In The House.

Here, have a listen, if the links to this site work:

Or y'know, just buy the damn thing, it's only $5.99 on emusic or you can spend more for it at CD Baby if you don't have an emusic subscription.

They don't have any ute oobs up yet of songs from the new album, but here's an acoustic version of the referenced song they recorded at Couch by Couchwest:

Updated: Dammit, the song links are all dead now, go figure. Just preview the song at emusic. Fuckit, here are some conciliatory videos from older albums:

The Iron Maiden documentary Flight 666 was on TV last night, so of course I had to watch. It was actually kinda neat to see that one of the favorite bands of my youf is still out there having a blast. Of course it's available (for now anyway) on the Ute Oobs, if you have a couple hours to kill:

And since it had been forever, I just had to listen to the Powerslave album again (digitized from my "picture" LP no less!), for old timey sake. Here's a long-ass song from that album based on the famous Coleridge poem. Who knew that an '80s heavy metal band could inspire a teenager to read Coleridge? Crazy. I saw them on this tour back in '85, good times.