I've now received two copies of the following idiocy in my email:

What do you even say about this level of crazy? I mean we could examine the little details like how this massive conspiracy is necessary so the ebil gubmint can kill all its citizens. Because obviously if we citizens have our cute little semi-automatic rifles to protect us, we'll be completely invulnerable to the government's drones and vast stockpiles of biological weaponry. Right. But that's just the tip of the crazy, crazy iceberg in this one. Definitely not willing to examine this person's various issues any further.

The "author" (I'm being generous -- "screed spewer" is probably more accurate) closes with this: 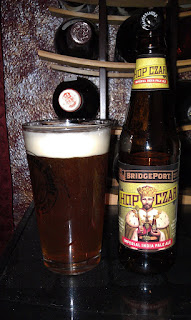 The first IPA I ever tasted was a Bridgeport IPA, back in the early nineties.  It was a memorable experience, and when I think of traditional IPAs, I still have that first Bridgeport in my head.

Hop Czar takes that well-balanced traditional IPA and just turns it up  a couple notches.  It's got more hops and more malt and alcohol to balance it, but it's still very drinkable.  It is deceptively strong and I've been known to have a few pints of this and then be surprised at how difficult it was to stagger in a semi-straight line away from the table.

Nice floral hop nose, excellent flavor with good malt and a proper  amount of bitter finishing hops to clean up.

Watched a bit of the idiotic "hearing" with Secretary Clinton today and then I later put on this album: 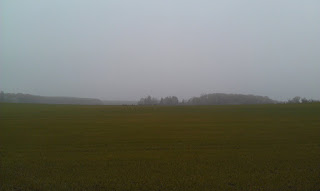 No, this post is not about the excellent news that a certain person won't be in Oregon anymore.

This is what dreary looks like -- this picture was taken a little after noon. It's been like this since last Friday's "sunrise" post, with only occasional breaks of sun peeking through for a couple minutes. The temperature has ranged from about 24 to 35 degrees (F).

At least it's not raining. 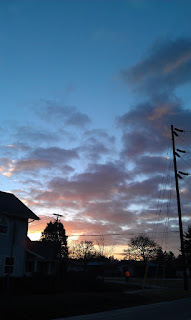 Not a bad start to the day. Fog set in shortly after the pic was taken, and has just now cleared again.